Stands for Online Analytical Processing. On the other hand, OLAP systems are purely built to support an organization’s decision support system. Organizations need large pile of data at their disposal before they take any decision which would improve the revenue over a period of time (for example).

OLAP servers consist of multidimensional data. We can perform different types of operation on this data.

Slice operation performs a selection on one dimension of the given cube, thus creates subset a cube. Below example depicts how slice operation works- 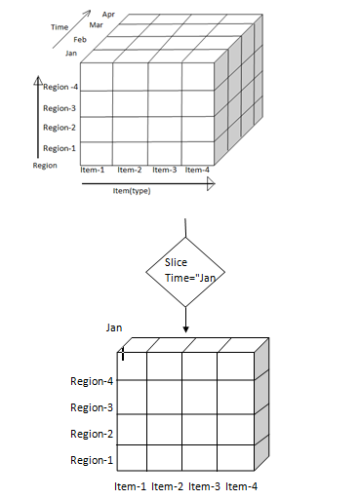 Dice operation performs a selection on two or more dimension from a given cube and creates a sub-cube. Below example depicts how slice operation works- 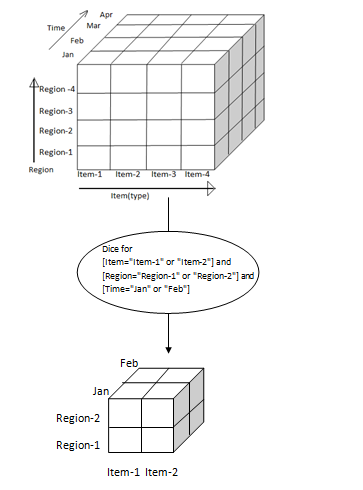 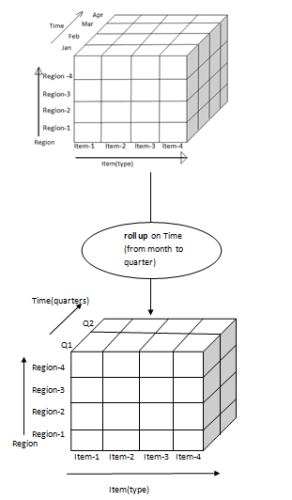 Drill-down is the reverse operation of roll-up. It allows users to navigate among different levels of data i.e. most summarized (up) to most details (down). Below example depicts how slice operation works- 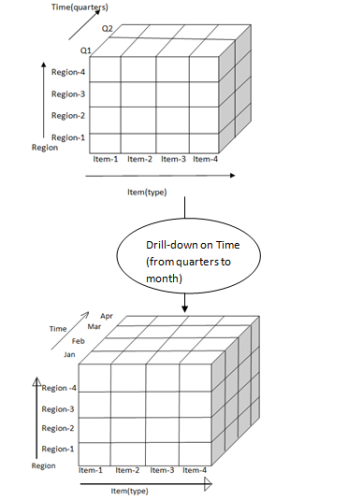 Pivot also known as rotation changes the dimensional rotation of the cube, i.e. rotates the axes to view the data from different perspectives. The below cubes shows 2D representation of Pivot-