The star schema is the simplest data warehouse schema. It is called star schema because the structure of star schema resembles a  star, with points radiating from the center. The center of the star consists of one or more fact tables and the point of the stars are the dimension or look up  tables. 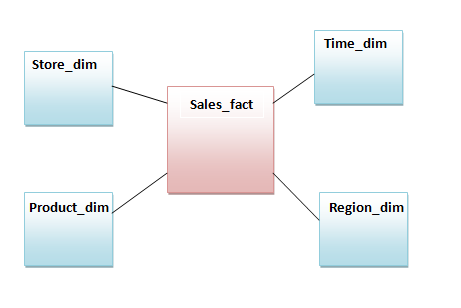 For an example, suppose our data warehouse keeps store sales data, and the different dimensions are store, product, time and region. In this case the above diagram represent the star schema. The line between two table represents the primary key/ foreign key relationship between two tables. You can see that dimension tables are not related to each other. 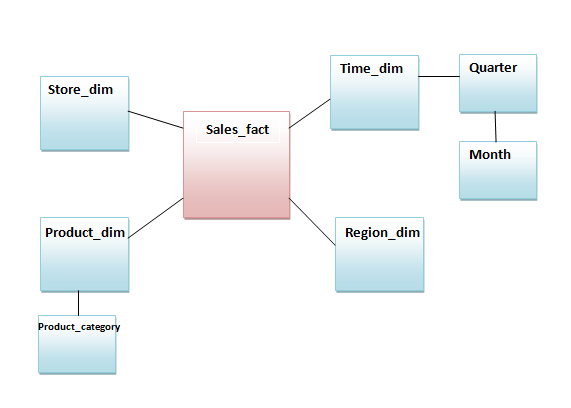 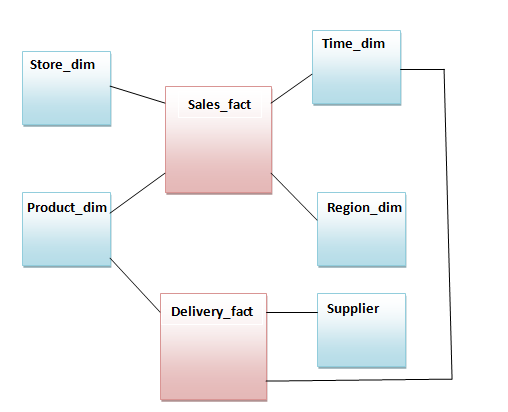 The sales fact table same as in the star schema. The delivery fact has three dimension, namely product, supplier and time.

It is also possible to share dimension tables between fact tables. for example product dimension is shared between sales and delivery fact table.