There are mainly three types of spaces in Teradata. These are:

Let us understand in brief about them.

This is the space where objects such as databases, users, tables, views etc are created and stored. Permanent space is released when data is deleted or when objects are dropped from the database. Permanent space defines the upper limit of space for a user or database. Suppose you have a user with access to Teradata. When you create any table, store procedure etc the space occupied will be from the Perm space. Perm space allocated to a user or a database that is currently unused is available for use as spool or temporary space. 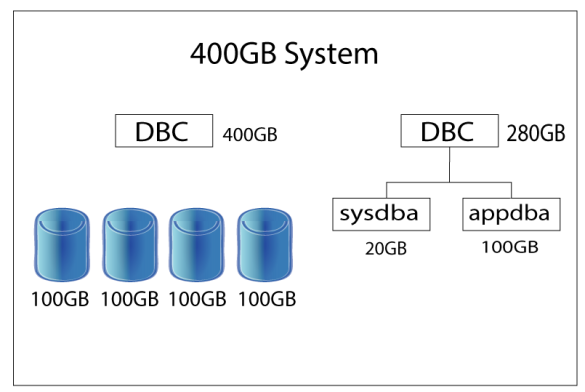 This space is literally unused permanent space which is used to store the intermediate result of the query fired by the end user. Whenever an end user runs a query, the output temporarily stored in some space is the spool space. This should not exceed the limit of spool space provided as the query aborts immediately and you get a spool out issue. If the spool space is not specified for the user/database, it inherits the space from its parent. Spool space is taken from the Perm space and is reverted back once the output window is closed by the user. 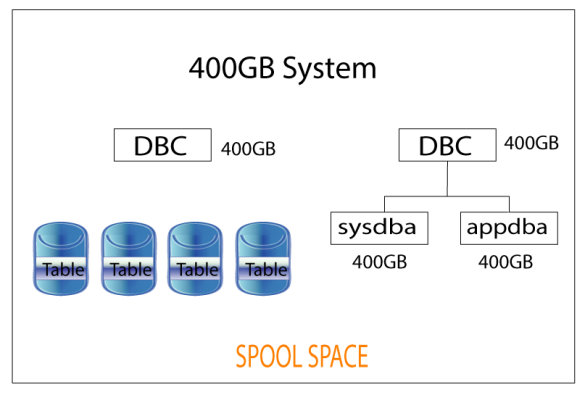 This space is mostly used in the global temporary tables. Unused Perm space is used as Temp space for storing the table and the data in it. If you are specifying some value for Temp space it should not exceed the value of the parent database/user. If you do not specify a value, the maximum value is inherited from that of the parent.